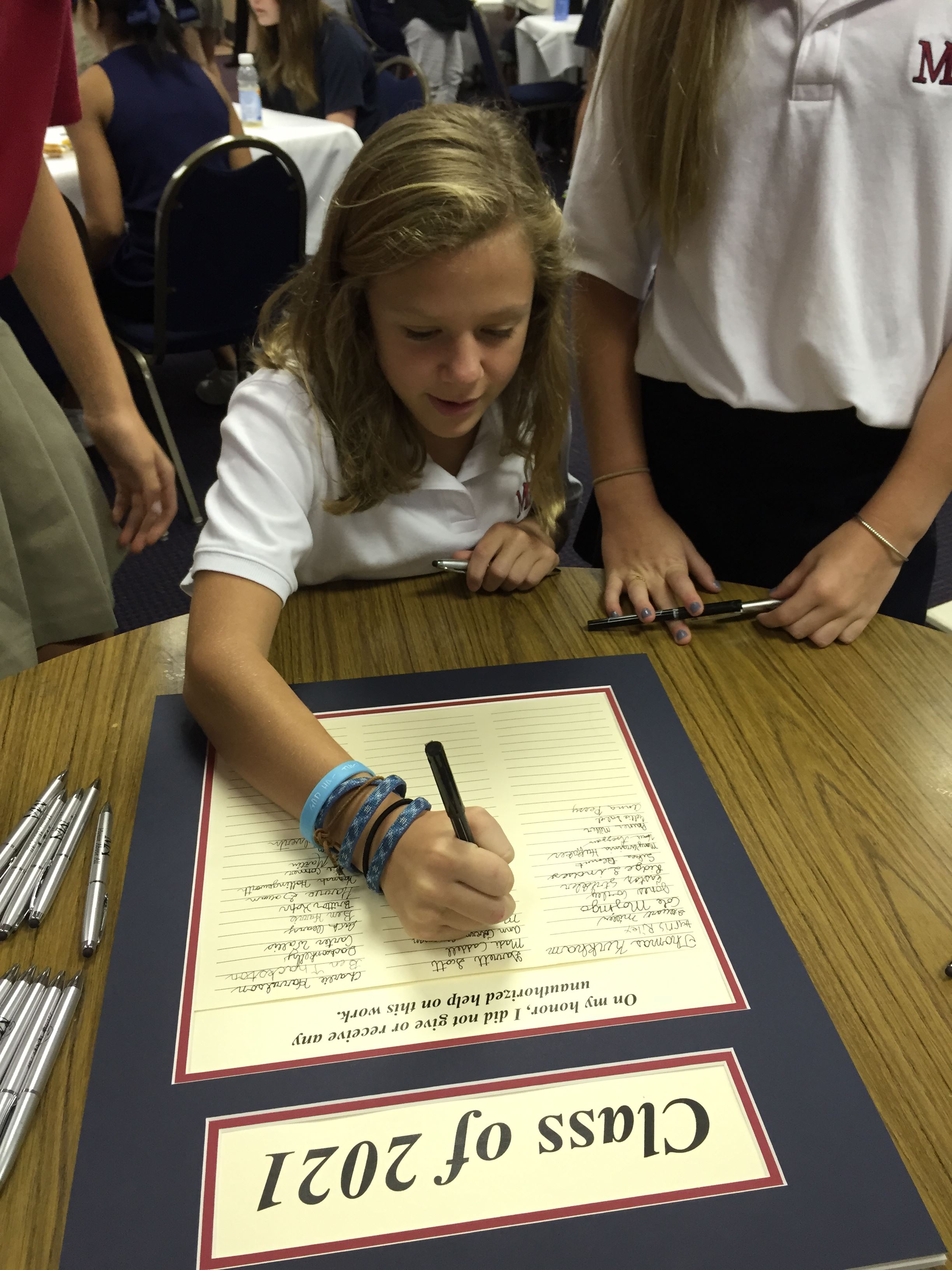 The Montgomery Academy Honor Code fosters the development of a school community of trust, mutual respect, integrity and academic honesty. All members of the community are expected to support the ideals of the Honor Code, to conduct themselves ethically and to encourage others to do the same. The Honor Code was written and approved by Montgomery Academy students. It specifically prohibits lying, stealing, cheating and plagiarism, and establishes procedures for holding those who violate the Code accountable for their actions.

Students in the lower grades are taught about the Honor Code in age-appropriate ways and are encouraged to respect it. The Lower School Honor Code is: "I will tell the truth. I will do my own work. I will respect things that belong to the school and others."

In the fifth and sixth grades, students begin to pledge their work, using the signed pledge ("On my honor, I did not give or receive any unauthorized help on this work.") as a cover sheet. Teachers actively lead and encourage discussions about cheating and about the importance of telling the truth and of respecting the possessions of others.

In seventh and eighth grade, students become active participants in the Honor Council. Each grade elects an Honor Council representative who joins the Upper School Honor Council members for any hearing involving a Middle School student.