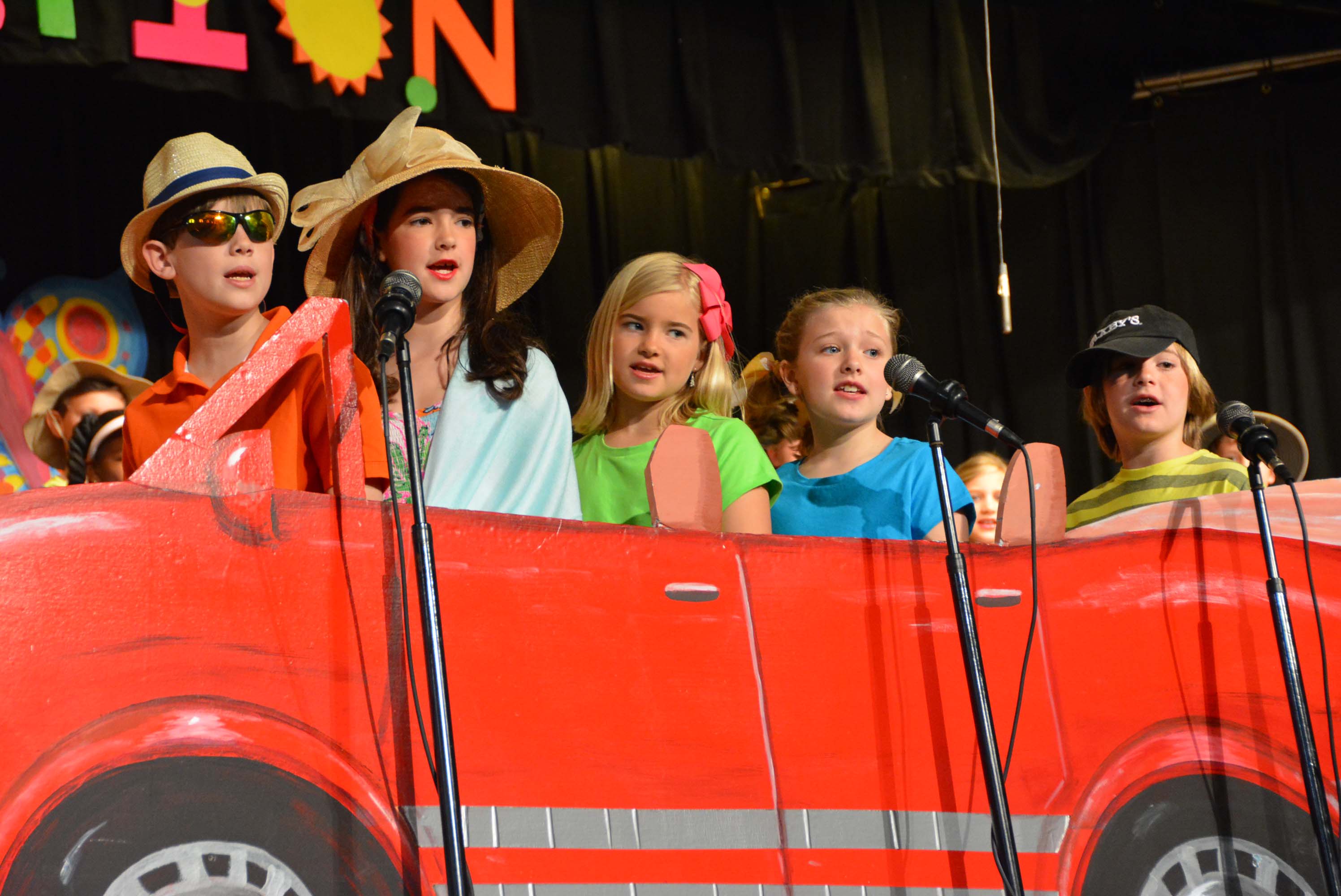 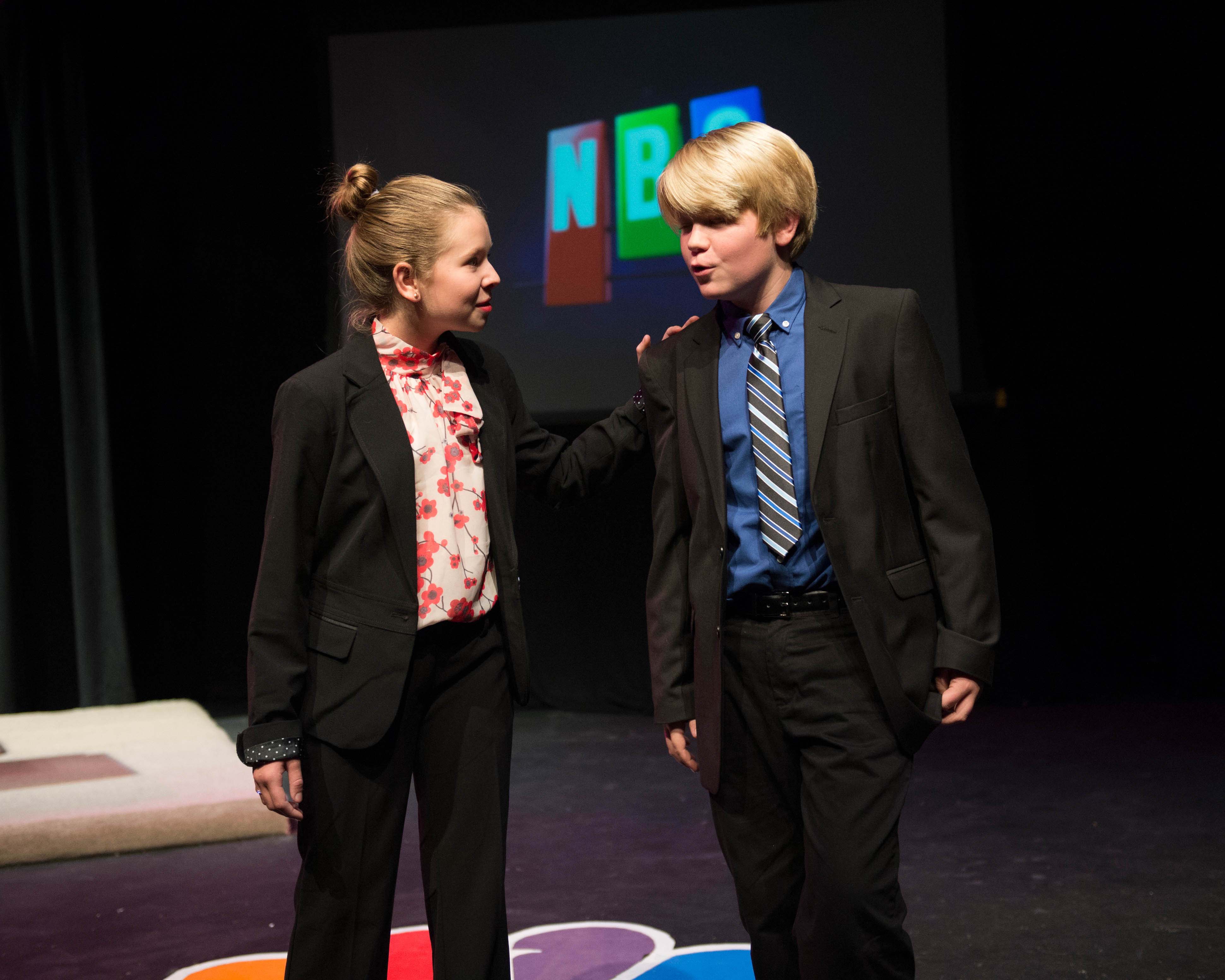 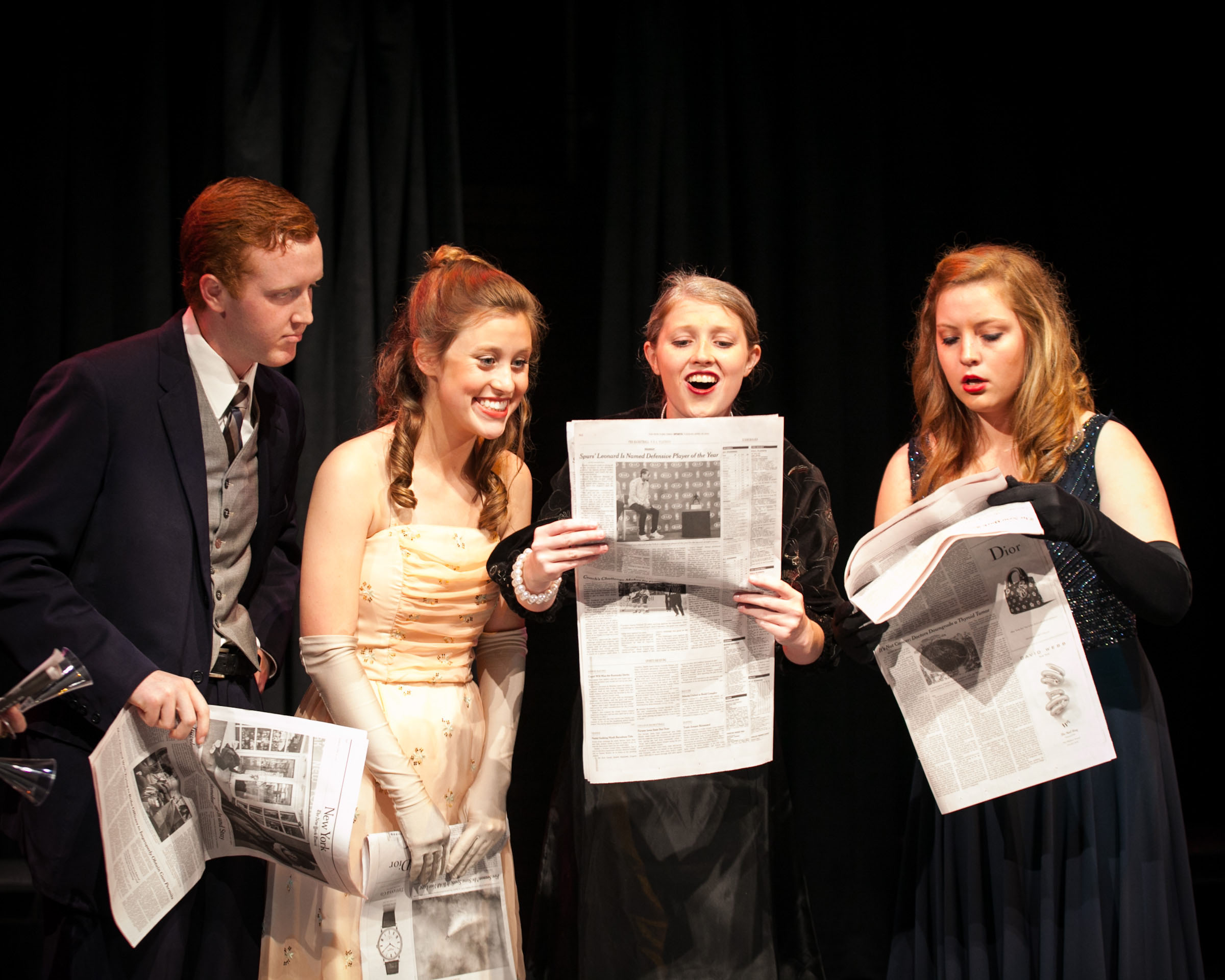 Students at all ages at the Academy have opportunities to develop their theatrical talents both in the classroom and in extracurricular offerings.

Theater at the Lower School falls under the auspices of the music program and the classroom curriculum. The music teacher, along with the classroom and resource teachers at each grade level, directs each grade level in a class play or pageant that is performed for the entire school community.

The formal curriculum for theater really begins at the Middle School level with the goals of developing an appreciation of the history of theater over the ages as well as developing the skills for performance. All students in the 5th and 6th grades are introduced to the theater on a rotational basis. Then, a semester theater elective is offered to 7th and 8th grade students. Two distinct courses are offered so that students could elect to take theater two times during the 7th and 8th grade years.

In the Upper School, students have the opportunity to take two acting classes: an introductory class and an advanced class. Furthermore, classes on improvisational theater and on analysis of film are also offered.

Students in Upper School theater classes hone their acting skills by preparing for the state drama festival. Over the past several years, the Academy has produced several state champions and most students have earned "superior" ratings for their performances. Students who have special interests in writing for the stage or in set/costume design can also have opportunities to display their work by participating in the festival.

The addition of the James W. Wilson, Jr. Theater in 2009 has transformed the theatrical experience at the Academy. The Wilson theater is a flexible black box space that seats approximately 175 people and has state-of-the-art sound and lighting systems. Now, Academy students on the Vaughn Road campus have access to a legitimate theater "lab" in which they can learn about the technical aspects of theater using the same tools that are found in professional theaters around the country. The Academy community now has access to an inviting and comfortable venue for public performance. In essence, the building has raised the expectation level of the quality of performance, and our students are meeting those expectation levels.